WHEN LEGEND BECOMES AN ENCOUNTER 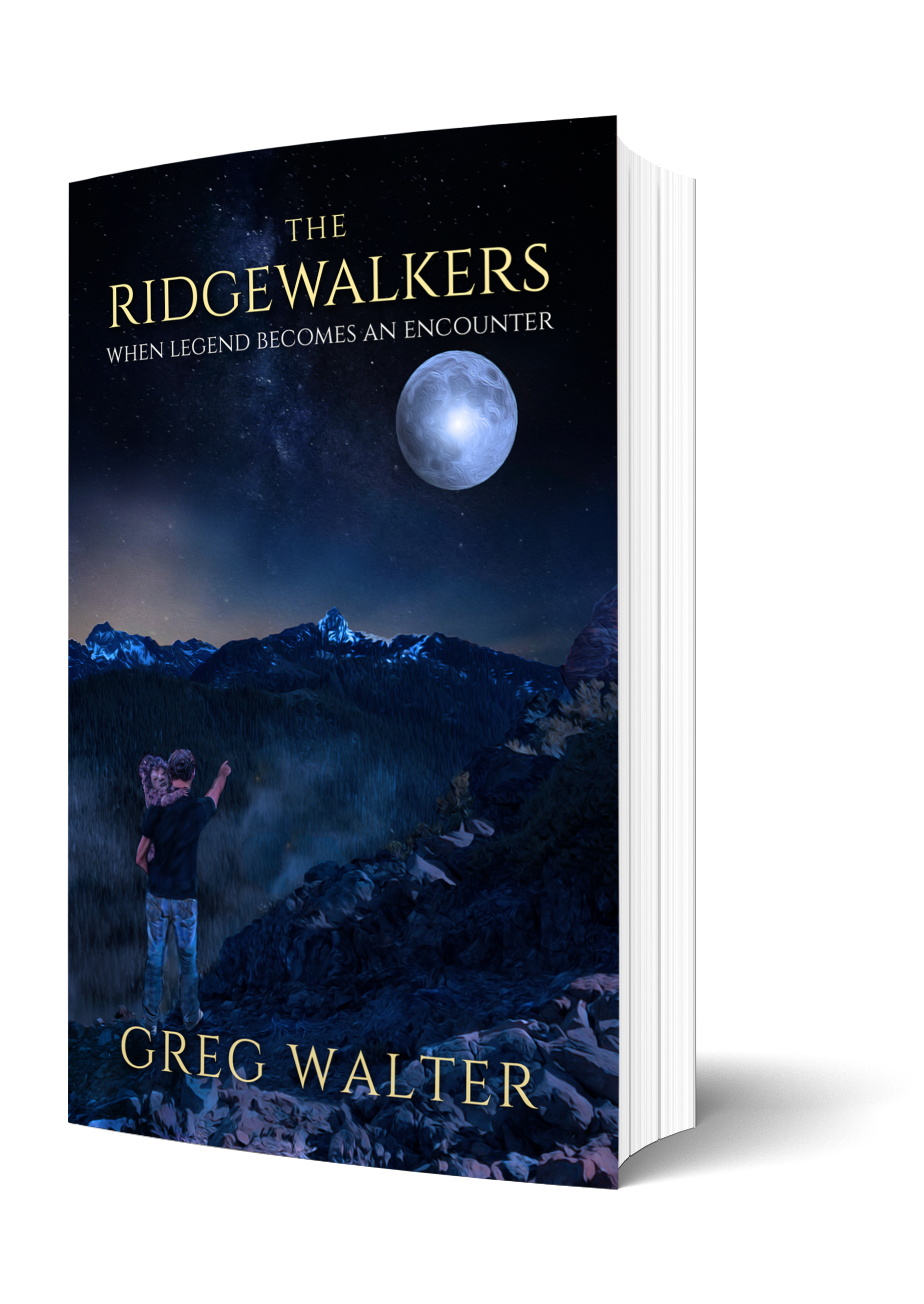 Life-saving Coast Guard missions. Hunting for a century-old treasure. Exploring the Pacific Coastal mountains. The legend of Bigfoot — and an astonishing showdown involving hired hunters, a sinister collector, the U.S. government… and a magical, otherworldly twist. High adventure, legend and magical realism sweep together in THE RIDGEWALKERS, the riveting novel of Alex Boldway, and his actions that lead to a climactic showdown rife with danger, rescue, heroism… and an enduring environmental message from the beings he protects.

“Greg Walter is a real life adventurer. His appetite for adventure takes him from autobiography to exploration of legend, mythos and lore as old as our collective consciousness. There is an account of his hero, Alex Boldway (well named both consciously and unconsciously) in his merchant marine days, realizing The Reaper has followed him down into the hold of the fishing trawler he’s working on. The icy seas are reeling the ship a kilter with full nets, ready to flip the whole vessel – and the hatch overhead is open. Ice clogged sea will gush in and bottle Alex alive with all the cold fish. Industrial death at the hands of an indiscriminate Reaper. Boldway lives by lucky generosity of the waves, bobbing the ship aright like a cork. Then and there the Coast Guard veteran decides it’s time to get a job back on land. He’s always been a worshipper of nature and it’s to the beloved mountain trails of the northwest Pacific coastal range to which he returns”
— John Huff, 46 year active member of W.G.A.W.

get a signed copy!

Fill out the form and sign up below! The Ridgewalkers official book release was September 15. First 100 copies will be signed! Get The Ridgewalkers today and behold when legend becomes encounter.

GET A SIGNED COPY

The story opens in the Gulf of Alaska, fishing trawler almost flips, Alex Boldway flashes back to his younger years. Growing up, Alex had a cousin stay at where he lived for several months. That cousin – the antagonist, would eventually be the lead hunter 16 years later that was shooting at Alex and any Ridgewalker he could place in his sights.

Alex enters the US Coast Guard, goes on a road trip through northern California, introducing him to the region he would later have his encounter.

Entwined with the Native people and a layer of obscure lore, it involves their relationship to the land and how they contact their shamans regarding The Ridgewalker and what they call “The Immortals” and  “The Little People.”

The story continues with Alex, The Coast Guard, meeting his girlfriend, and upon leaving the Coast Guard, finding sporadic work. During this he befriends another who aids him and the two embark on several adventures, one being a modern day, 20-year hunt for buried gold coins.

Along arrives Chuck – the antagonist, and Lazarus – billionaire funder offering all the reasons and details of how to find a bigfoot to capture and kill.

Alex, searching for work again, goes up to Alaska on fishing trawlers, almost getting killed. On his time off, he decides to go on an extended pack trip. Searching his soul, he embarks on what would become a journey of redemption and gets caught in the middle of a great struggle between both man and The Ridgewalker. This occupies the remainder of the book, winding down to hope for our climate changing world, Alex finding the treasure when he was at his last straw. Also doing environmental good by helping to expand a National Monument – the same one that had a verified Bigfoot encounter back in the year 2000.

Dear Greg, your package arrived today and we are bowled over by the look of the book, the thoughtful gifts, the design of the wonderful cards and we love those fluffy creatures. They're going to bed with us to watch over us. We are in awe. We think we're witnessing a debuting fantasy literary franchise and hope you still know us when you get corporate large. The feelings that erupt from holding your book in our hands is amazing. We don't think we're alone in this reaction but the first ones to feel the surge of your wave. We love the tactile feel of the page stock and the shades of colour in the paper. The Cover stock has the reassuring substantive feel for the strong experience inside. Flipping through, thumbing through the book gives the feeling of a Christmas package excitement. Please let us know if we can help, affirm or endorse you in any way. The Little People approve of this message.

"Greg Walter has combined struggle, triumph, love, understanding, and a pure desire to better our environment all into one amazing read. The Ridgewalkers is extremely well written and will keep the reader flipping pages from the edge of their seats. The pure love for the outdoors and the environment is what made me fall in love with this book. The wild adventures the author portrays with his descriptive and engaging writing seemed to be an added bonus to an already amazing read. Bigfoot enthusiasts around the globe will hands-down enjoy this as Sax and Syg lead us on an adventure to escape from so called everyday life. I would highly recommend immersing, like I did, into this adventure with author Greg Walter leading the way," Erin James, reader.

The Ridgewalkers is the best, fast-paced novel chock full of adventure, mythology and magical otherworldly twists that I have read all year. The suspense kept me turning the pages, allowing me to finish it in one sitting. The story opens in the Gulf of Alaska then goes to places along the California and Oregon coasts, where Alex performs life-saving missions with the Coast Guard and heads out on a treasure hunt for buried gold. The story really picks up when he embarks on what would become a journey of redemption and gets caught in the middle of a great struggle between the U.S. Government, hired Kehish Hunters and The Ridgewalkers (Bigfoot). A climactic showdown begins to unfold that’s full of danger, heroism, and rescues with an enduring environmental message given from the beings he begins to protect. I cannot wait to see what this author comes up with next!!

In this day of dystopian daydreaming selling at a dime a bag, hope is almost a thought crime. Walter is in the queue for following Winston Smith into Room 101. How dare he be hopeful and give it to us in an adventure yarn: one part monster story, one part fairy tale, one part cliffhanger, one part multi-verse (not universe) saga in the tradition of our best fantasy and sci-fi novelists? But that’s what he does. Hype? No. He crosses this slack wire high above our heads and we can’t stop watching. Renowned atheist Sam Harris says there is a place for the mythopoeic because it literarily provokes thought for our concrete necessity of living in nature -- the importance of balanced dialogue to enable us to flourish in this life without slavery, exploitation or dung heaping our earth.

Greg Walter is an entrepreneur, research historian and U.S Coast Guard Veteran/Merchant Marine who spends most of his time hiking trails all over the Pacific west and has a keen interest in the history and mapping of our most treasured assets; our public lands. His historical collection numbers into the thousands of books, maps, photos and ephemera all with a focus on regional history, Native American ethnographies, the history of the U.S. Forest Service and National Park Service.

Greg Walter is also a map historian with a collection numbering into the thousands consisting of special emphasis of U.S. Forest Service history and much more. He serve on the board of the Crater Lake and Oregon Caves Natural History Association and have accomplished contractual work for the National Park Service in reports of the trail systems around the greater Oregon Caves areas and the National Park Service acquisition of a separate collection of material germane to the Oregon Caves area. 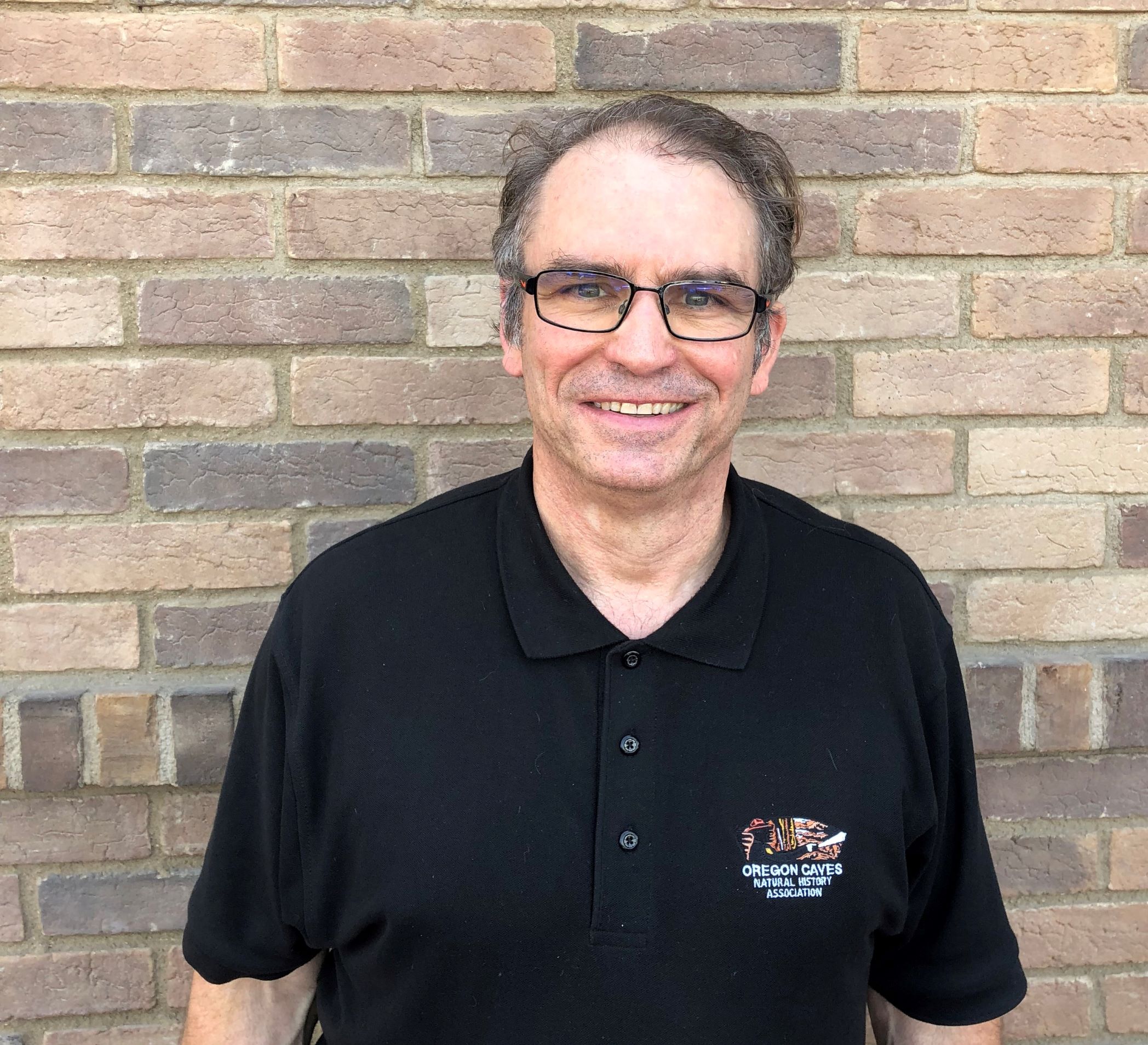